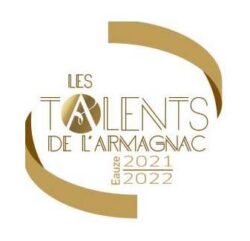 It is a tremendous honour for Grand Armagnac Janneau to have received the Prix du Président de la République Française on Saturday 27 November 2021 at the 69th concours des Grandes eaux-de-vie d’Armagnac, “Les Talents de l’Armagnac” competition from the hands of Christian Péchoutre, the president of a jury composed exclusively of Meilleurs Ouvriers de France (“French craftperson of the year”).

Like the Meilleurs Ouvriers de France, Janneau is engaged in preserving the national heritage by maintaining the ancestral know-how of the oldest French eau-de-vie.
Within the house founded in Condom in 1851 by Pierre-Etienne Janneau and Joseph Dubourdieu, the land, the grape varieties, and the wines have always been chosen with the greatest of care.

What makes the Grands Armagnacs Janneau so special lies in the combination of 2 distillation methods authorised by Armagnac controlled designation of origin: continuous distillation with Armagnac alembic and double distillation with Charente pot stills, reintroduced by Pierre Janneau and Georges Samalens in 1972.

The eaux-de-vie are aged in loose grain oak casks from the Tronçais forest in the Limousin region, after being heated to a medium degree to benefit from the vanillin and spices contained in the wood tannins, while adding a gentle toasted & nutty aspect.

To maintain a good level of oxygenation and to even the maturing of the eaux-de-vie, casks from the same batch are regularly emptied together and then redistributed randomly in the barrels. As mentioned by the president of the Jury, the goal is to find pleasure in consensus, aiming to approach perfection, as with this superb 1994 vintage with its amber colour and golden reflections, bottled at optimal 43% proof. It has an extremely delicate and complex taste, composed of aromas of prune, hazelnut and citrus zest followed by notes of acacia honey and gingerbread, with a delicious lingering taste of dark chocolate to finish.

Aged for more than 20 years category :

Manage Cookie Consent
We use cookies and similar methods to recognize visitors and remember their preferences. By clicking ‘accept,’ you consent to the processing of your data by us and third parties using the above methods.
Manage options Manage services Manage vendors Read more about these purposes
Voir les préférences
{title} {title} {title}